Time for another roundup of the best stuff we’ve seen on the web this month!

Time for our monthly look at cool stuff from around the web that doesn't fit into the scope of our awesome, monthly TAP Cubed newsletter, but that is well worth pointing your eyes towards anyway. Basically, we've read loads of stuff, so you don't have to.

Not signed up to TAP Cubed yet? Fear not! Just hit this button 👇

F- you I won't do what you tell me

Here's 1,000 folks all playing and singing the greatest Christmas Number 1 single ever. You're welcome.

We're seeing a shift away from likes on social media. So, if they bite the dust, what will be chasing next? According to Buffer...attention.

Remember life before the Internet? Just what did you do exactly?

Facebook is quite problematic, morally, right? With that in mind, should you leave it?

So, contrary to what baby boomers would want you to think, it turns out the Internet could be *improving* the quality of writing.

Ok, a trio of articles on Tik Tok for you; a primer about it, a piece about how students used it to support their striking teachers, and why it might be a time bomb.

Talking YouTube and influencers, it appears that celebrities are *desperate* to get on there.

A guy who used to make jokes about a Bean company online now runs their social media accounts. It's not a million miles away from this tale we heard about on our podcast.

Teenagers are falling for podcasts by the way - here's six reasons why.

Here's a list of a bunch of really useful SubReddits. Don't forget, we covered Reddit in this podcast episode.

Mabel set up their stage show as a 'vertical' thing - specifically formatted for people in the crowd filming it on their phone. No, no, no, no, NO.

Shout out to the bloke in the crowd in this pic who is filming it horizontally. 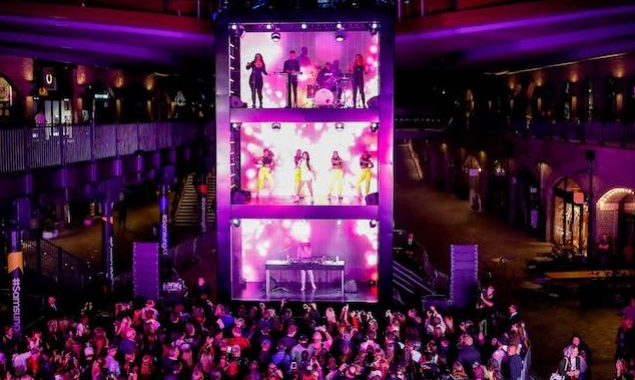