How to Block Prospects on TAP

This article outlines how to block prospects in case of any inappropriate behavior on the platform,

As an admin, you will receive an email notification if any reports are made and you can then decide if you need to take further action to block a prospect.

What happens when a prospect is blocked?

Once a prospect is blocked, they cannot be 'unblocked'. You will need to send a message to our Customer Success Team for support with this.

How to block a prospect in one to one conversations:

If a conversation has been reported, you will be able to block the prospect in the Messaging section directly from the conversation: 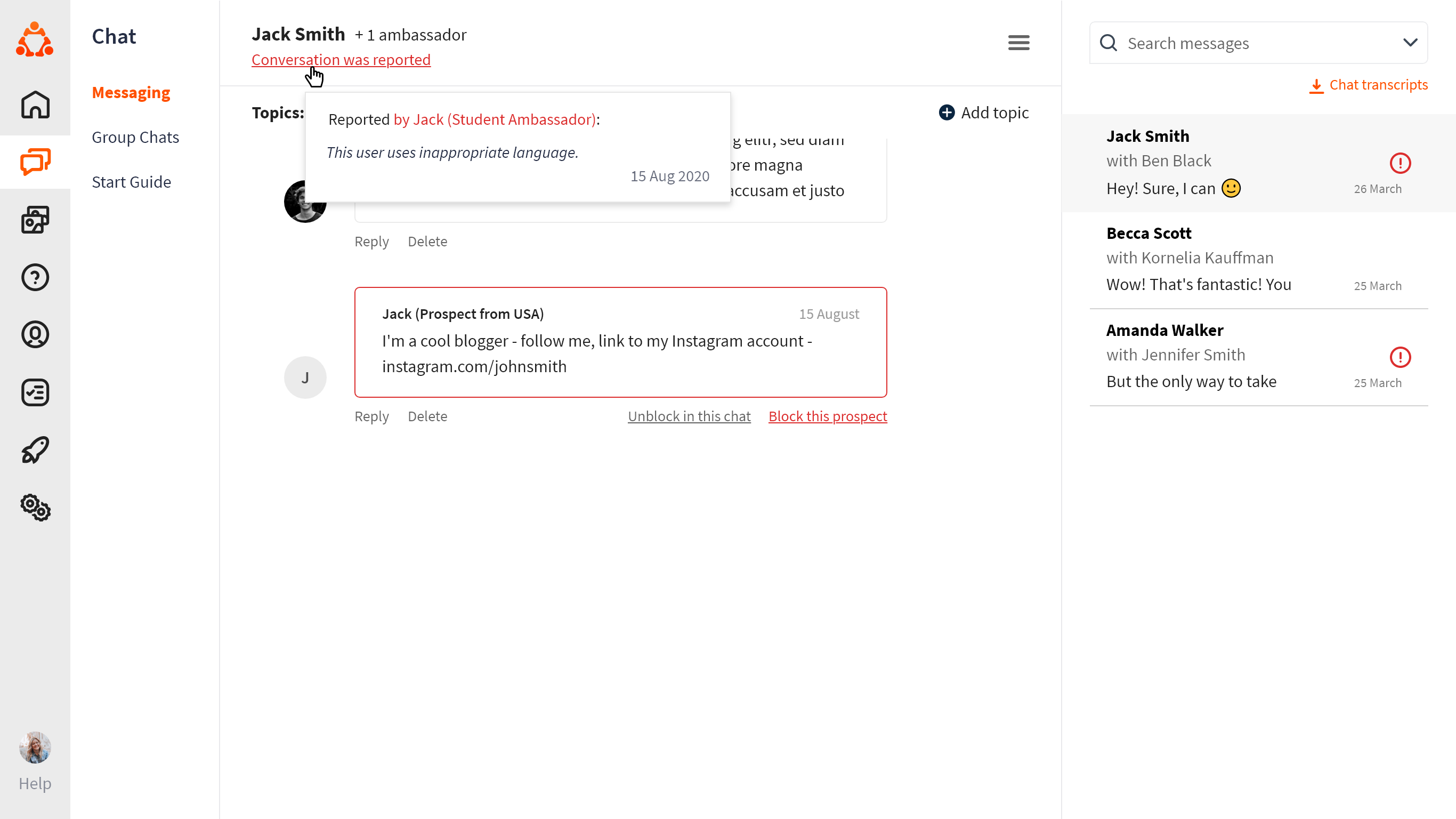 You will be asked to give a reason as to why you are blocking the prospect and this will be recorded in the individual chat header as well as in the Prospect Report: 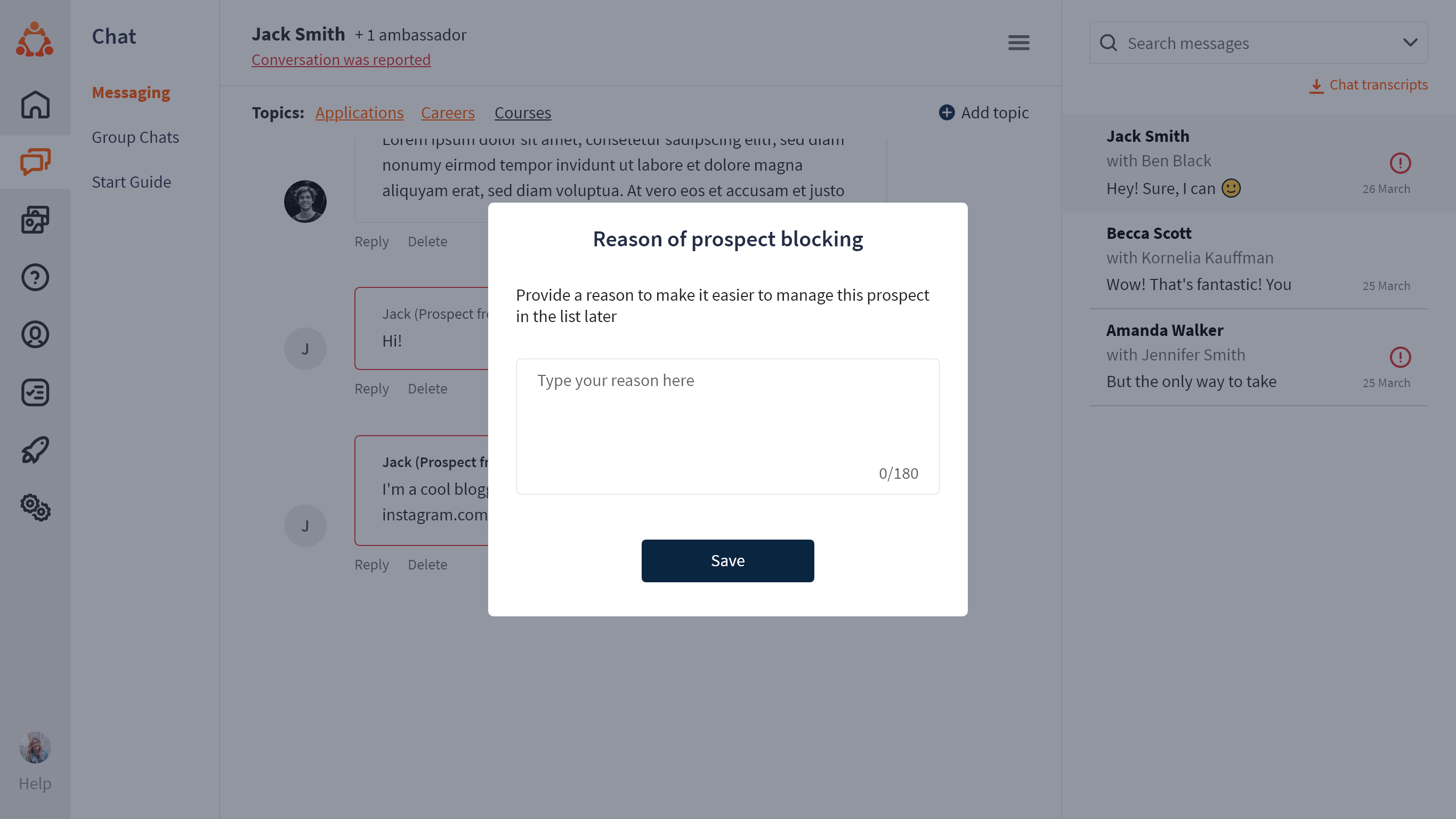 This prospect will then be marked as 'blocked' and no longer able to participate in conversations with your ambassadors. 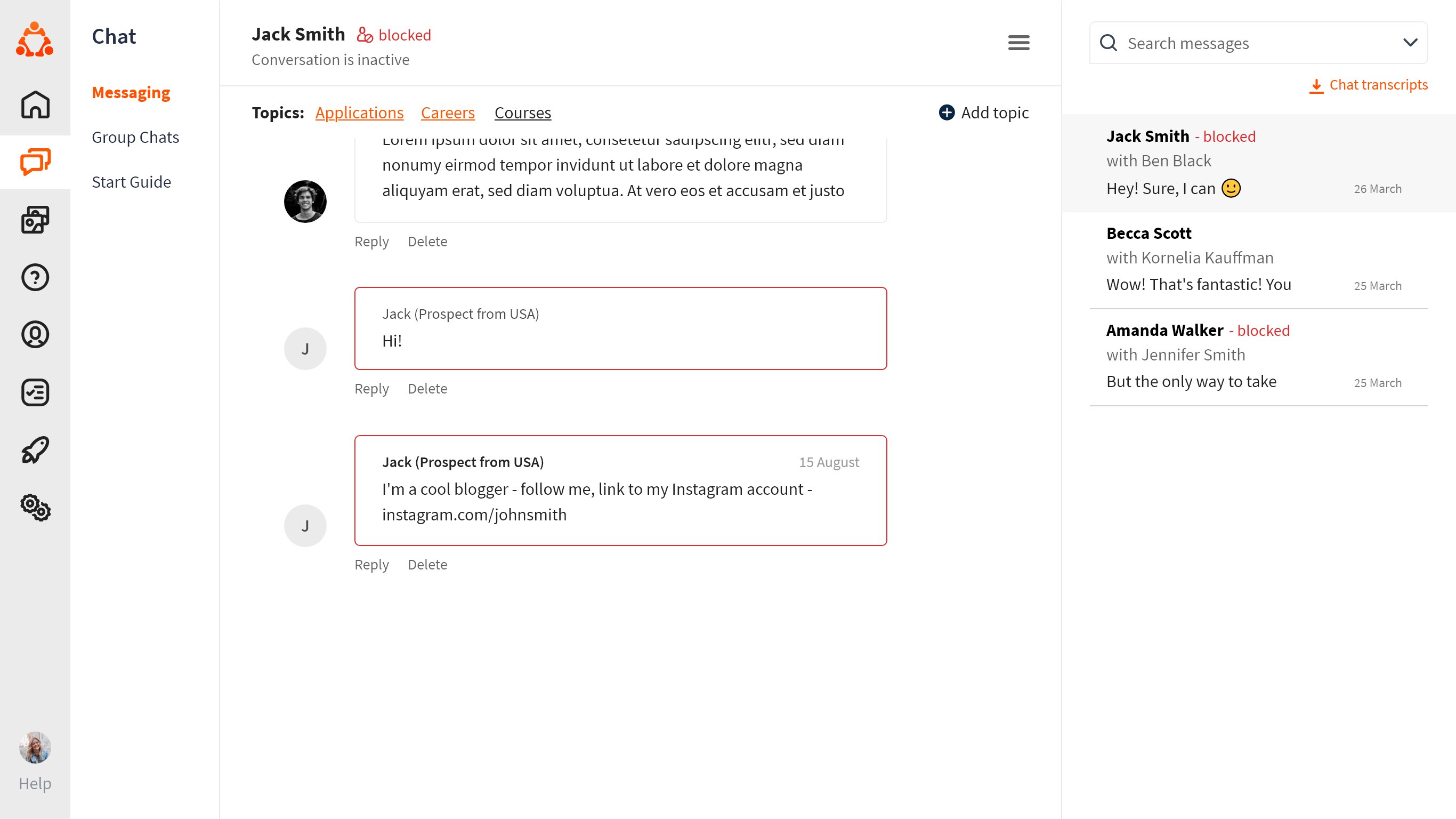 The prospect will receive an email notification to let them know, and they will also see a message in the chat:

How to block a prospect in a Group Chat:

If a message is reported, the ambassador or prospect will be asked to give a reason and you will be notified via email that a message has been reported. 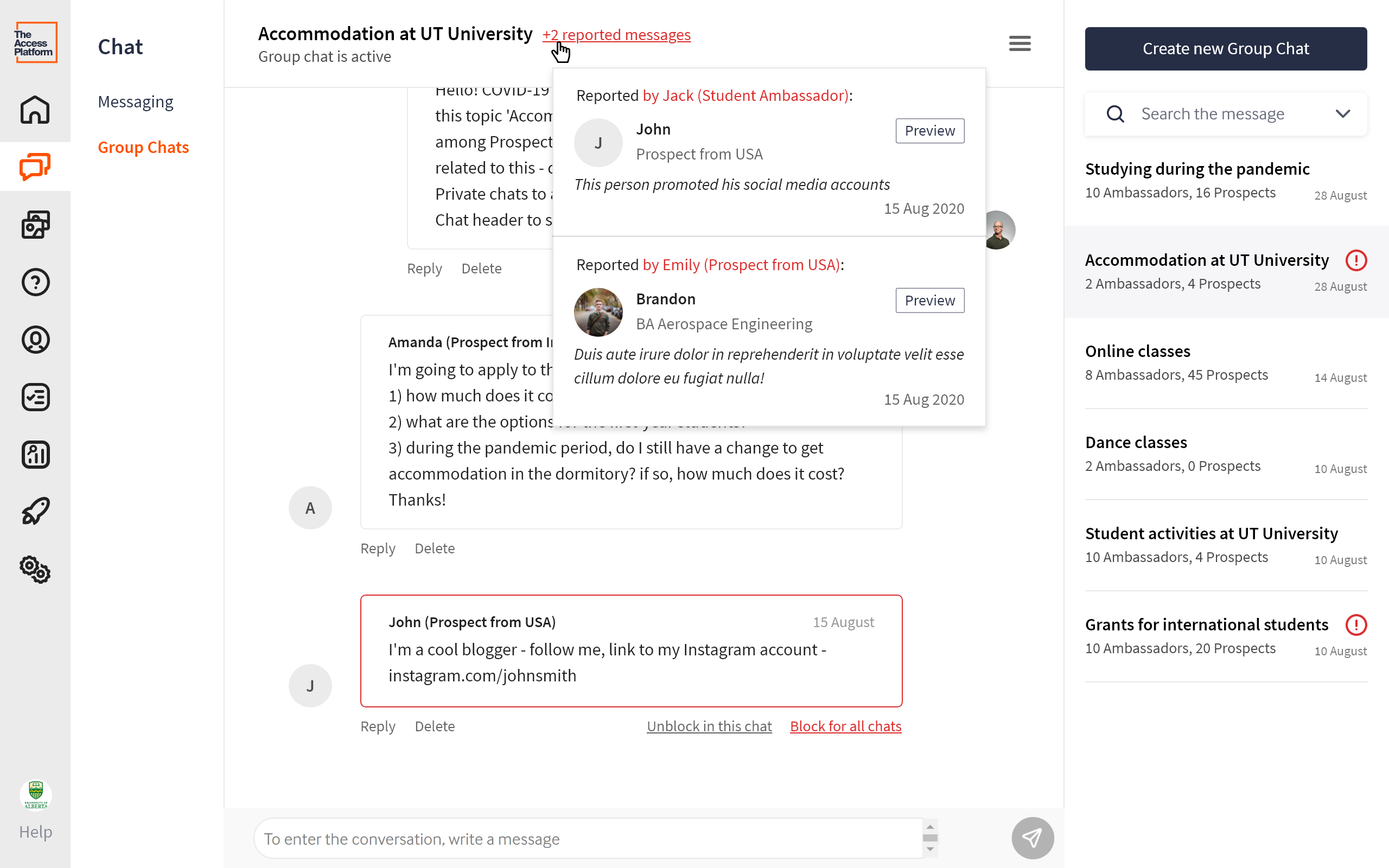 The prospect will receive an email notification and be notified in the chat that they were participating in.

In the Prospect Report, each prospect has a profile. If you click on View Profile, you can block any prospect, at any time. If they have already been blocked, this will be marked on their profile along with the reason for their blocking. You may also filter by 'blocked prospects' though hopefully you will not need to use this feature very often! 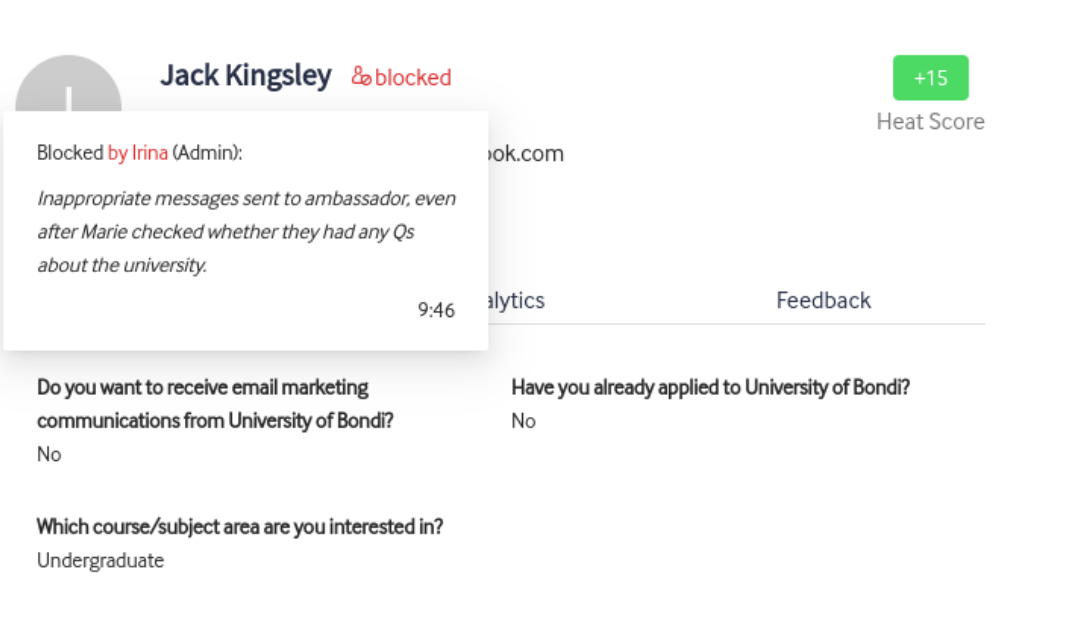 If you have any questions about this, please get in touch with our Customer Success Team via the support chat in your dashboard or by emailing support@theambassadorplatform.com.